Posted at 00:00h in Uncategorized by adminva

Working in a ski side physiotherapy clinic without a medical centre, you end up talking about ACLs (anterior cruciate ligament) a lot. In fact, once we are able to confirm the ACL rupture with clinical tests, I’ve got my speech  down-pat – press play on the tape recording (now mp3 player?) in my brain and spit out my blurb. “You have ruptured your ACL, blah blah blah, it does not have very good ability to heal, blah blah blah, doing your ACL is like getting pregnant – you’ve either done it or haven’t done it, it’s very rarely partially torn…blah blah blah……if you want to continue to do sports that involve twisting regularly, you will probably want to get reconstructive surgery, blah blah blah, the ligament can’t be torn any more so keep moving and weight-bearing, we want to avoid muscle wasting and arrest over-protecting….blah blah blah”. I’ve done it hundreds of times. 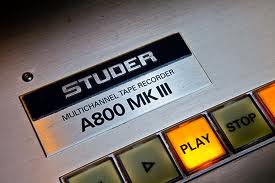 This is a public service announcement.

Although some health professionals might not agree with some parts of the blurb, orthopaedic knee specialists who we work closely with always endorse our methods.

However recently there have been some murmurs about studies showing people who chose not to have the operation were having similar outcomes to those who have had reconstructive surgery ;and even a growing body of evidence that the ACL do actually heal more often than we thought, by binding onto the PCL. 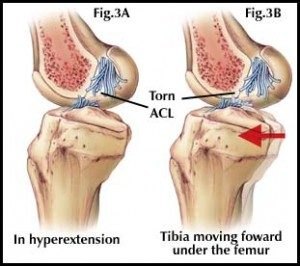 All too common in snow sports.

Dr Richard Frobell is a Swedish physiotherapist who gained his PhD in ACL research and recently released a paper in the New England Journal of Medicine that is is an absolute ‘game changer’ for ACL management. Their study involved subjects who had just sustained an ACL rupture, to put them all through a two month structured, progressive rehabilitation program. And then to decide at two months post-injury whether to operate or not. Only those patients who had instability (a ‘wobbly’ knee) had the ACL reconstruction. The two groups have been followed and compared over subsequent years.
In January 2013 he published his most recent follow-up study of patients 5 years post-injury, which showed no difference between the two groups on any of the indicators. As this study has excellent validity and methodology, it has really made the sports medicine community stand up and take notice, myself included! So my speech is now “You’ve ruptured your ACL, blah blah blah, you should begin a 2 month rehabilitation program to get the knee as strong and stable as possible and then decide if you are going to have the surgery”. I hope to do it hundreds of time in the future – not that we wish it on people….but it does happen.