Posted at 09:51h in Uncategorized by Bevan Colless

It was 20 years ago that we opened the doors of Tokyo Physio and excitedly greeted our first-ever patient. In 2002, Vanessa and I arrived in Tokyo as newlyweds with nothing more than a couple of suitcases, a few tickets to the upcoming soccer World Cup and a container full of treatment tables and physiotherapy equipment pre-loaded on a ship from Sydney to Yokohama. We had to work quickly to find a location to start our clinic before the boat arrived. The pressure was on from the start. On reflection, it was a bold move, but that’s the beauty of being young and fearless. Considering our circumstances and meagre bank balance, we weren’t exactly a landlord’s dream, so we were fortunate to hear about a brand-new foreigner-friendly building in Shirokane with Australian agent managing rentals. As one of the first to view the building, we got the pick of the units. We selected one with the best access and outlook for a physio clinic, measured it up and signed a lease on the spot. We would be ready to go when that container arrived. We couldn’t have known that Tokyo Physio and the Atrium Shirokane would become synonymous for 20 years. It has marked a new era as we moved to a new commercial space on Meiji Dori, within walking distance to Ebisu, with an even better location, easy access, natural light and riverside views!

Back in the day

One of the questions we often are asked is, “Why Japan?”. Vanessa and I are Australians with no Japanese family, so why did we up-root from Australia to set up in Japan? The short answer is that Vanessa and I both loved Japan, enjoyed the road less travelled and had a bit of an appetite for risk and excitement. I had done an 18-month stint in Tokyo as a 21-year-old in 1994. I’d just graduated with my first degree  (Sports Science), and while most of my buddies were heading to the US or UK, I decided to try my luck in Japan. I was lucky to have a lovely cousin living in Tokyo at the time  – huge thanks to Laurel Colless; I’m forever in her debt for giving me my start in Japan/Asia. Laurel took me in and allowed me to sleep on the lounge of her humble apartment in Nishi-Shinjuku until I found my feet.

In 1995, I returned to Australia, enrolling in a Physiotherapy degree at Sydney University, where I met Vanessa. We were soon inseparable and visited Japan together during the uni holidays. We graduated in 1999, married in 2001, and gained clinical experience before heading to Japan to open Tokyo Physio for our date with the Atrium in 2002. 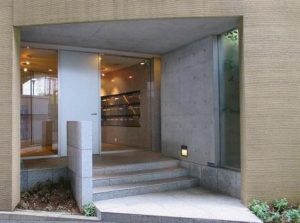 I first visited Niseko in 1994 and always told Vanessa about the great snow. After we moved to Japan, we returned to Niseko every January for our holidays from Tokyo. From 2005 to 2008, the number of international tourists rose exponentially and we couldn’t help but notice it on the streets of Niseko.  Vanessa and I decided that we should open a branch in Niseko to service the tourist trade. For the first two years, I would come up and operate the Niseko clinic while Vanessa ran Tokyo. Spending s long apart every year soon grew old, and we hired our first employees in Tokyo.

In 2009, Vanessa joined me in Niseko, and we operated the physio together while our Tokyo staff kept the clinic running. We had developed a passion for triathlon and lived the life of wannabe pro triathletes for several years, training in Niseko and racing several ironmans worldwide each year.

With our ski clinics, we followed the ski tourists in exploring more Japanese resorts and opened clinics in Hakuba, Nozawa and Myoko Kogen between 2010 and 2016. We wanted to maintain 100% ownership of our clinics, so we had to implement efficient systems, select staff well, take good care of them and have faith inthem. In 2013 we got our Japan permanent residency, and due to the GFC, Fukushima, and a government disinterested in becoming an expat hub, the ex-pat services market in Tokyo had declined. We were also ready for a break from Japan and decided to move to Singapore and open a new clinic.

Our clinics began in humble buildings, more petite than prime locations. We have moved and upgraded at least once in all clinics

The first clinic in Niseko opened on the third floor of “The Brick”, and we then moved to Australia House, both less than ideal situations with steep stairs to the entrance.

In 2019, we moved into our dream space, opposite the central bus station in town. It has an expansive interior and multi-use functional space, not to mention a stable and safe entrance.

We followed similar paths in Hakuba, moving three times, once in Nozawa and once in Myoko Kogen. In Singapore, we started in a shophouse and recently moved into a beautiful medical building that will be one of the best-appointed private physio clinics in the world. See https://www.singaporephysio.com/etc/ for more information. 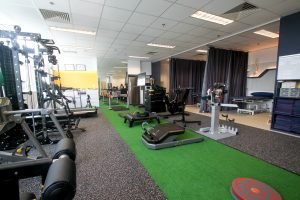 Looking back on the 20-year journey, there’s been many sleepless nights, second-guessing big decisions, lamenting over failures, as well as many uplifting moments of satisfaction. We have improved many patients’ lives and saved countless holidays. We like to think we are there when people need it most.  Many of our staff have been with us for over ten years, and we’re still great friends with many of our ex-staff.  Despite any mistakes we’ve made along the way, the long-term loyalty of our staff and the ease with which we find new staff prove we still get a lot right. We don’t have a clear exit strategy just to keep doing what we love. So, here’s to 20 years of Asia Physio; thanks to all our patients, staff and doctors who have assisted on the way, we look forward to many more years ahead. 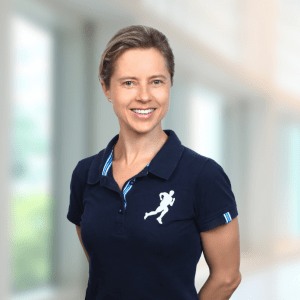 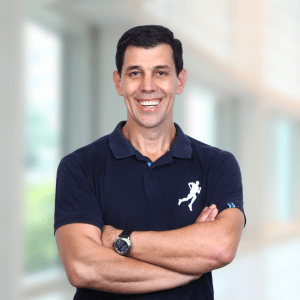